Saturday, Copa Airline’s low-cost subsidiary Wingo began operating flights between Medellín Colombia and the resort destination of Punta Cana, Dominican Republic, with rates starting at $199 round trip, and including one penalty-free date change. 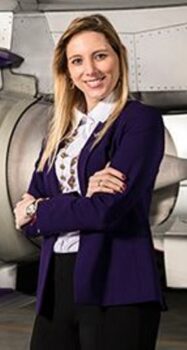 With these new twice weekly flights, Wingo will now operate four direct routes from Medellín, the other destinations being Cancún, Bogotá and México City.

“Before the arrival of the pandemic, Medellín registered an increase in foreign visitors of 13% year on year, an indicator much higher than the global average projected by the World Tourism Organization, thus accounting for the potential of the city as a destination of stature international. With the opening not only of Punta Cana, but also of the routes that we have recently inaugurated from Cancun and Bogotá, we will be allies for the recovery of these growth indicators,” said Carolina Cortizo, Wingo’s Director General.

Based on Wingo’s website, the airline is offering two weekly flights, with one on Saturday and one on Wednesday. Several hours from the Dominican Republic’s capital of Santo Domingo, Punta Cana is the epicenter of the Caribbean nation’s resort-centered tourism industry. Aside from the eastern beaches and their numerous resorts, the Punta Cana’s airport (PUJ) also offers relatively easy access to the city of Higüey, the ecotouristic Samaná Peninsula, and is also a viable alternative for access to the tourist town of La Romana, though both Samaná and La Romana offer their own international airports.

Loren Moss is the editor and head analyst of Finance Americas.